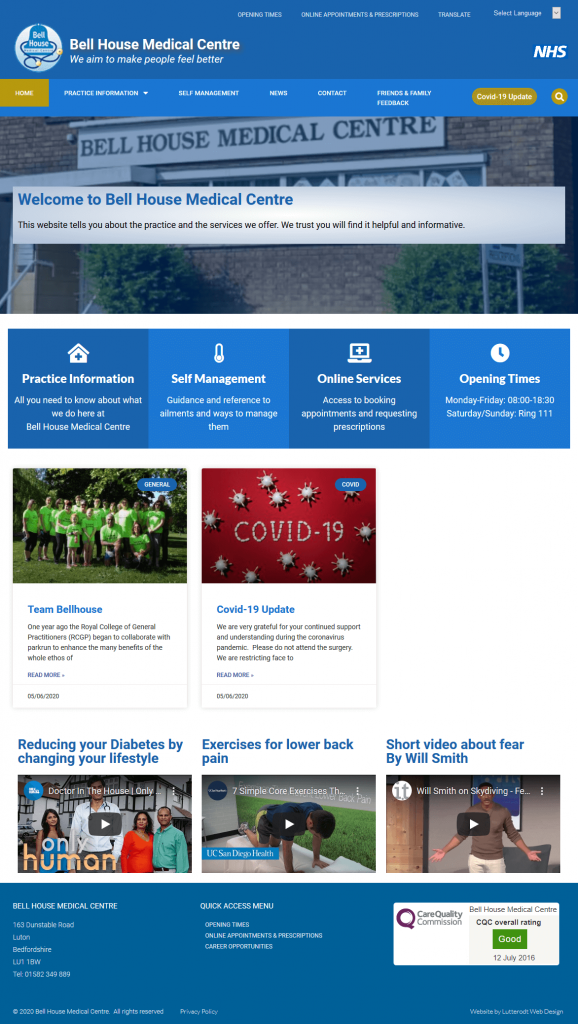 This was an enjoyable project to undertake.  It first involved a migration from a php web application that was written back in 2004.  A collaborative approach was taken to put together this completely custom website.   In addition, included in the migration was moving their domain and hosting providers.

The look and feel was totally overhauled to provide an improved user experience and mobile friendly website.  Not only does it benefit from ease of use, it is more straightforward for those at Bell House to update.  The cumbersome administration tool from the previous system, meant that the site was not as up-to-date as it could have been.  This is no longer an issue.  It has enabled a better starting point for how they want to take the website forward.

They also took advantage of the support and maintenance package that I also offer.  This was fully utilised when a hacker, who had previously made threats to access the old site, attempted to follow through with their plan, after the new site was launched.  I was able to catch the attempts, cleanout the site from malicious files/software and help prevent there many subsequent attempts to attack again.